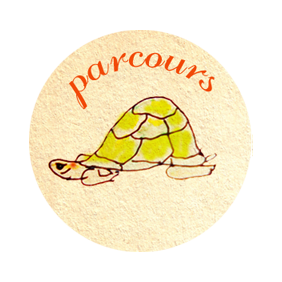 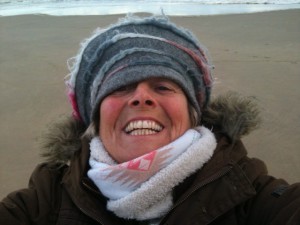 When I was four my father took me to the circus and when the clowns came in I screamed so much that he had to take me out.
Fifteen years later I found myself lost in the French countryside, working in a creperie (A love disappointment!…) and one night I dreamt about bald children.
Three years later I auditioned in Holland for the Rob Van Reyn pantomime school (amazing as I was very shy and rather wanted to go into drawing at the time).
Once the ball was rolling I found myself at ‘Ecole de Cirque’ circus school in Paris, then ‘Ecole Jaques LeCoq’. I discovered different cultures and work that was beneficial for the body, also the observation of life which is what we do. I went back there in 1990 to do an educational year (LeCoq school).

I work with several companies: performing in France and abroad.
In 1991 Caroline Simonds asked me to work as a hospital clown… I told her that the prospect scared me and that I was too sensitive for it. She insisted “You’ll be the stand in clown”… Ok…I took my first steps and very quickly I fell in love with this career. Indeed I still love it!
The dream has come to pass….(Do you follow? The dream of bald children when I was 19).

The hospital and the clown….

To enter a room, feel the need of the moment and take heed, not too many can do it, to listen.
The greatest gift is the laughter found in their eyes.
Or even if a child is in a coma one can see a little laughter at the corner of the mouth. (it can happen!).
These are magic moments.
Our little egos aren’t important: We are here to share a few moments, away from it all.
It’s satisfying work.

I then began teaching the art of clowning.
I started at ‘Samovar’ at the request of Franck Dinet. The Samovar is still located on Charonne road.
I replaced Franck…There were a lot of men there who really put me through my paces but it was fine.
I had my script and stage fright and I realised that the knowledge is there even if it isn’t me who has the truth.
The truth is inside every student, the teachers are just guides that can open doors to it.
The doors to the child who wants to have fun.
The door to their faults which become their qualities.
To go to the heart of the cherry pit which is soft inside, which allows one to grow beautiful trees for those who find themselves in this soft interior.
We are all born with this but bit by bit we put all manner of layers around it.
It’s a great pleasure for me to see these layers fall away, to see people allow themselves to have fun, to dare to be daft and to laugh.
Also it’s very good for the immune system.
I try as hard as possible to lead each person on his or her own path.
To accept that one is meticulous or pretentious and having fun with that is a bit different to simply being silly.
The path can be long if one tries to get an end result as there are no end results.
It’s a journey without end, that’s why it’s so exciting.
It’s everything that one encounters on the journey that’s interesting. 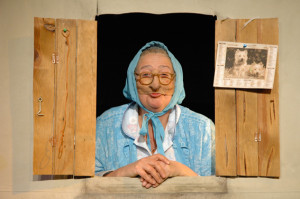 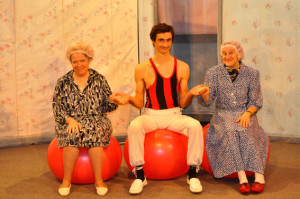 I created my company ‘Mine de Rein’ for the Agitex show in ‘Trois fois tout’ (Group writing).
The company has produced
‘C’est pas donne’ A solo show by Frida.
‘Enfin tranquille’
‘J’attendrai’
And for other horizons……….. 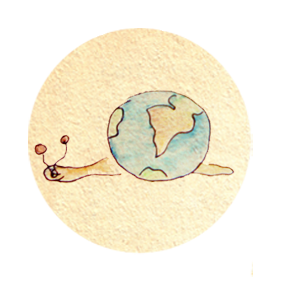 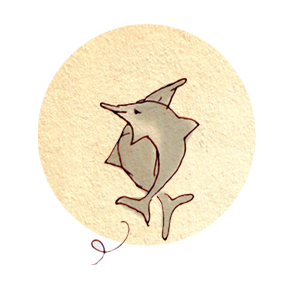 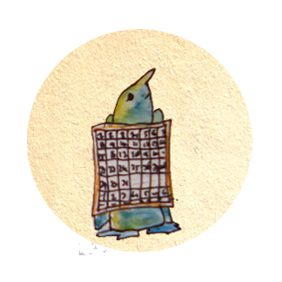 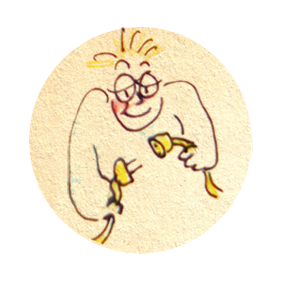